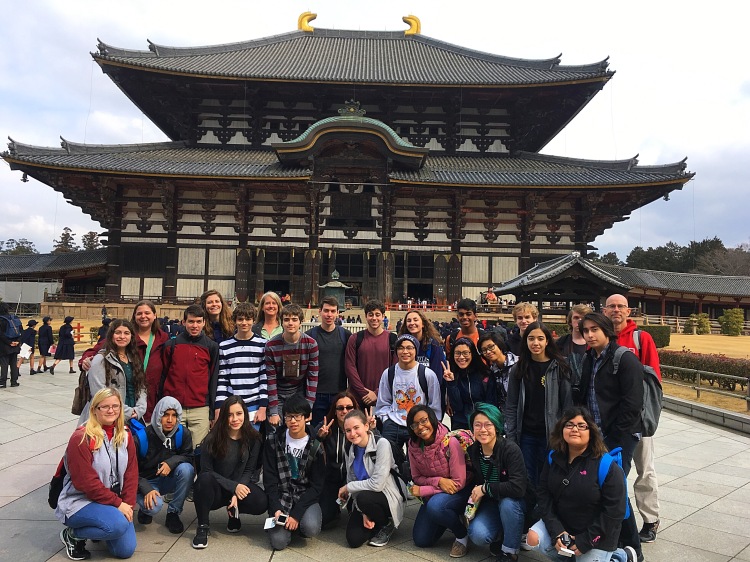 During our expedition to Nara, we came upon many deer and the largest Buddha statue. As we walked through the massive gates, it seemed as if there was a strong spiritual and holy aura around the site.

When we entered the temple, our group was greeted by the large looming statue in front of us. Our tour guide told us that multiple parts of the statue were rebuilt or renovated over time. I could tell the difference in the color and tone of the bronze on the chest compared with the head. On each side of the Great Buddha were 2 other, more golden ones that were substantially smaller in size.

As we slowly left the deer park, many of us took the time to pet the deer. I believe that the deer have a deep connection with the people of Japan, and provide a positive image of Japan. They were extremely amiable and calm in nature, as I even saw the deer bowing to the visitors of the park. Next in the Nara Park, we visited the Great Shinto Shrine, which was decorated with many stone lanterns that illuminated during the night. Our class learned that each lantern cost 2.5 million yen to donate! The shrine was a place for prayer and respect, and was an important place for Japanese culture and tradition.

All in all, Nara Park was an unforgettable experience for me and surely the class had a great time there as well. I was impressed in how quaint and peaceful the whole place was and awed by the unique architecture of the temples and shrines. 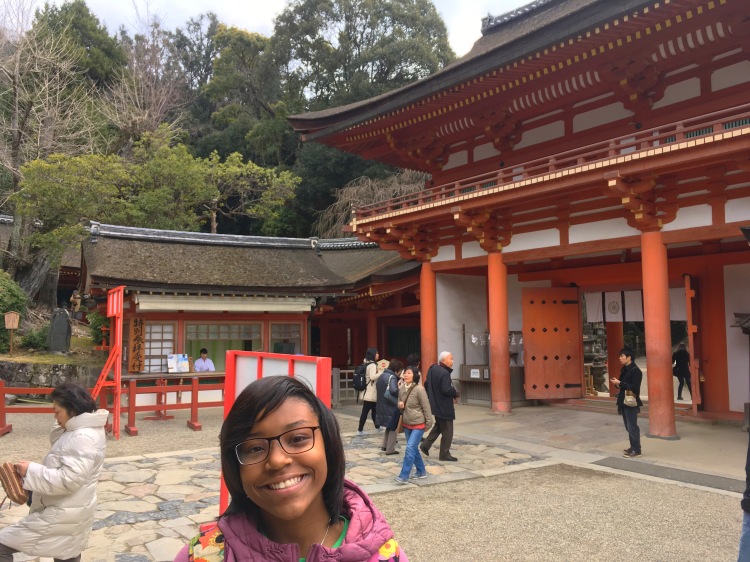 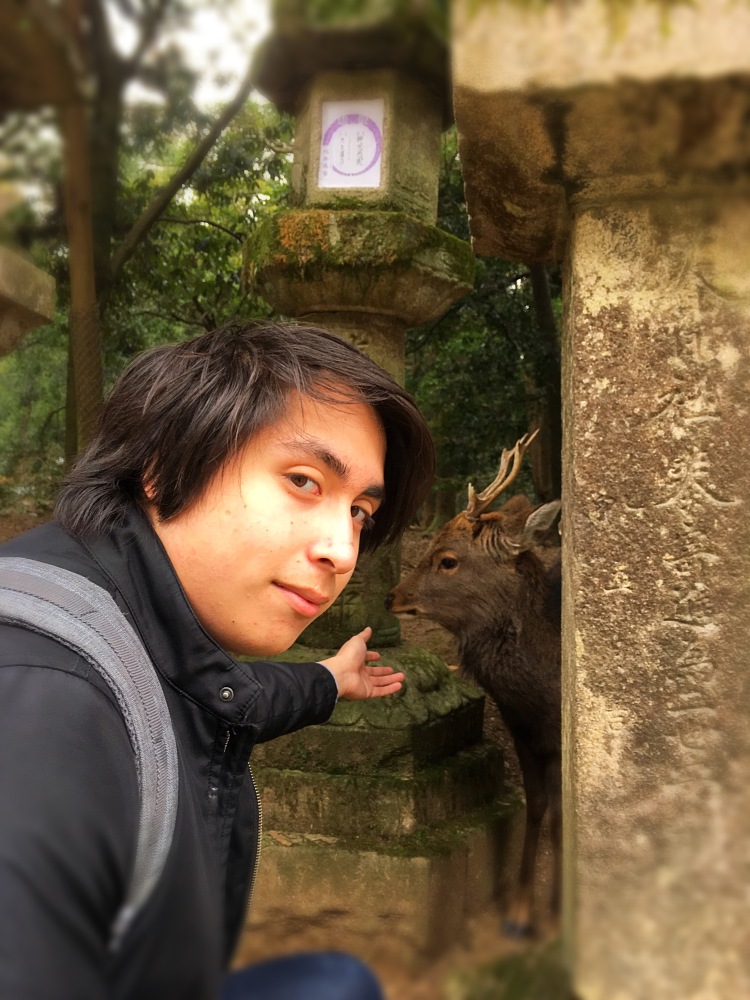 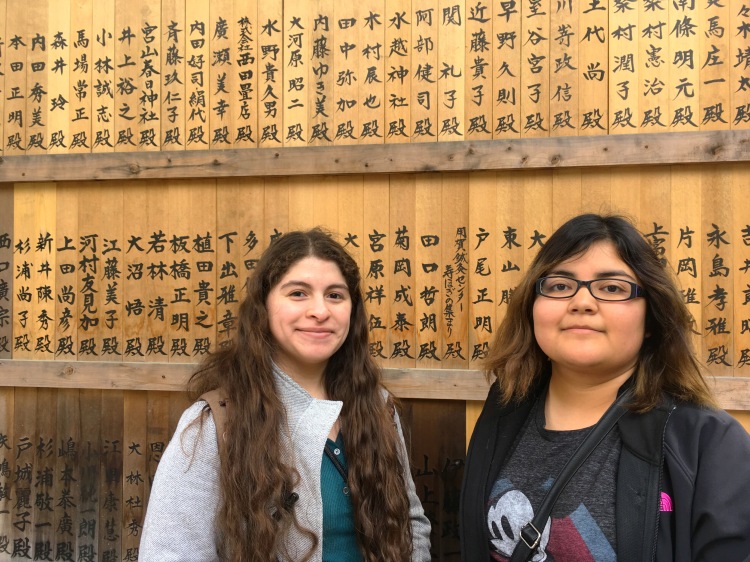 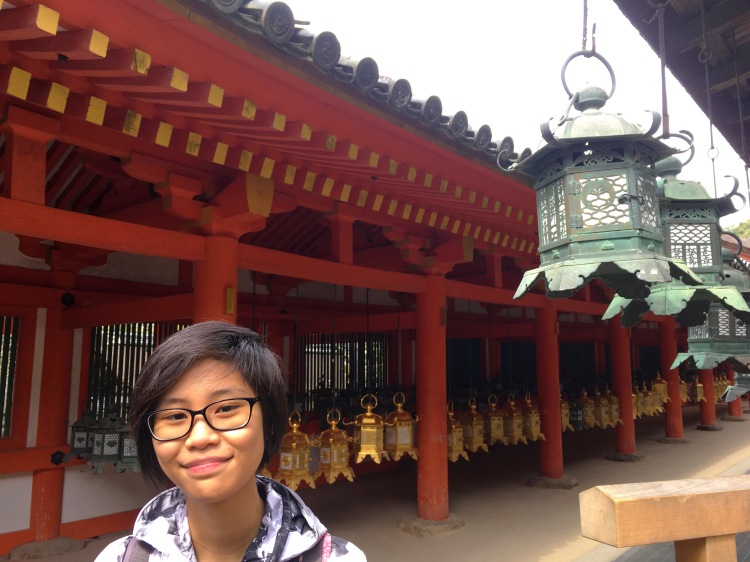 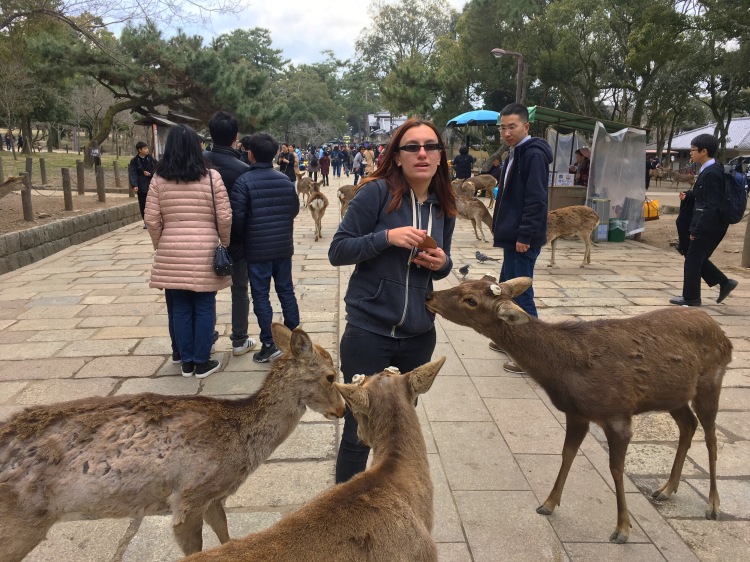 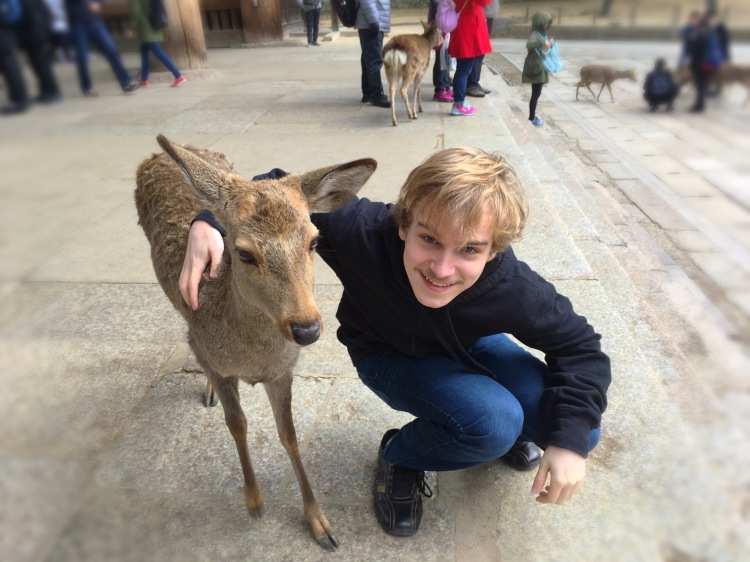 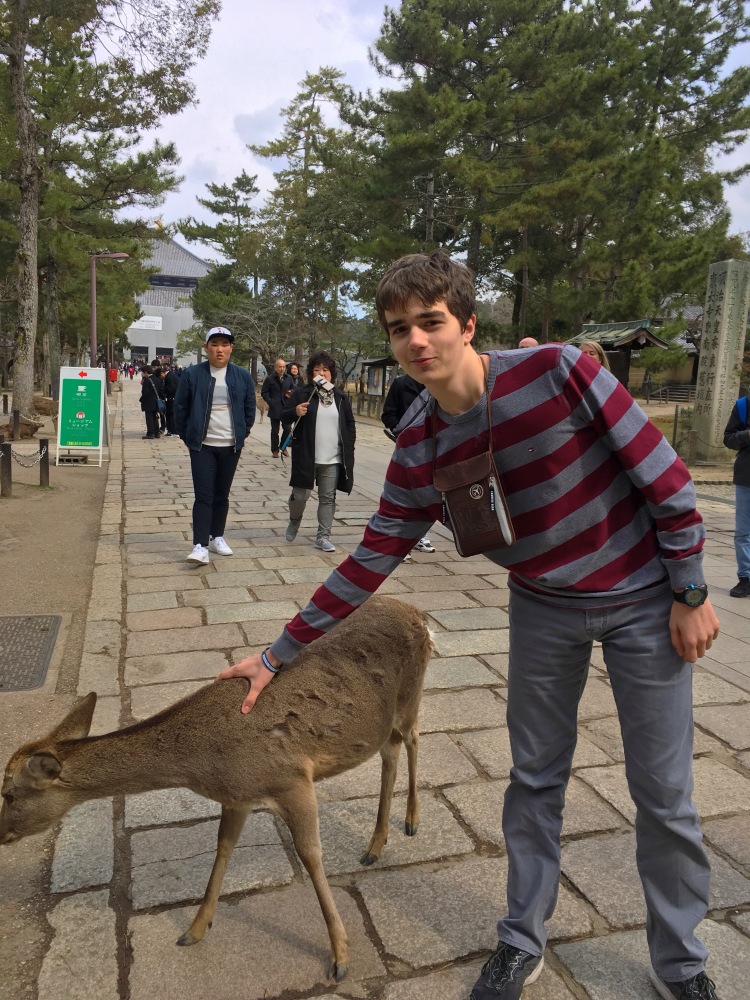 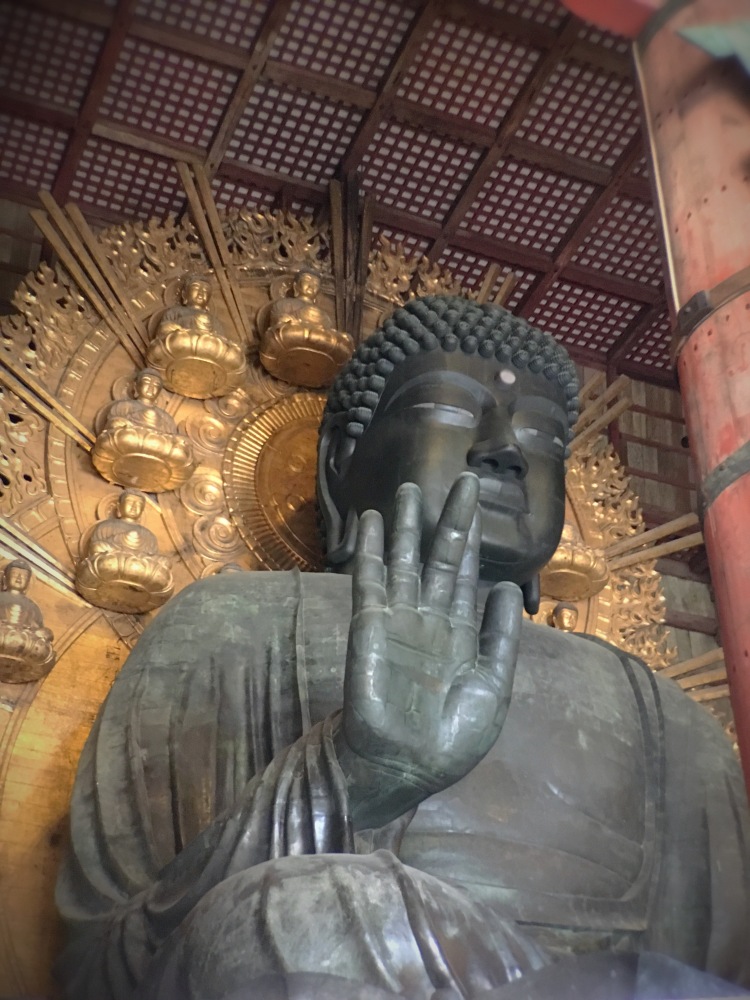 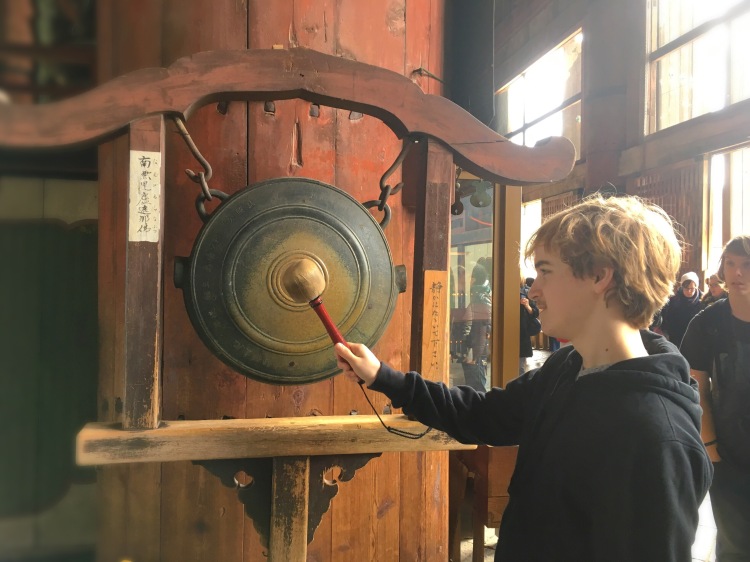 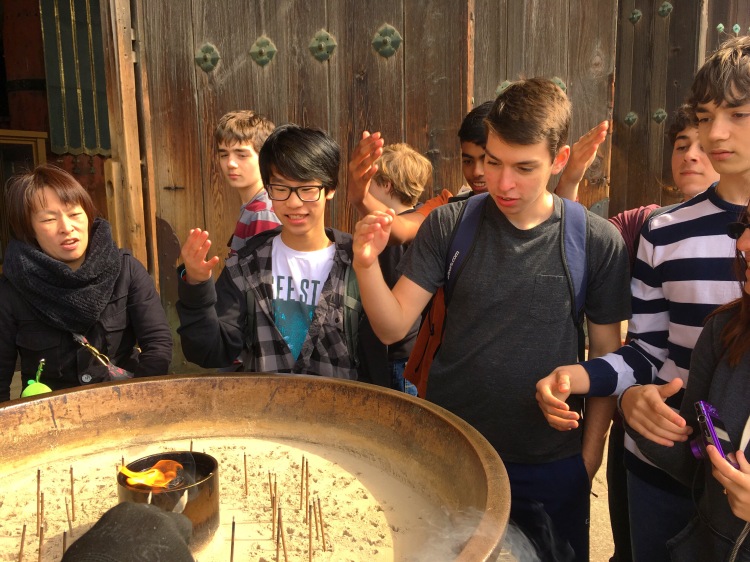 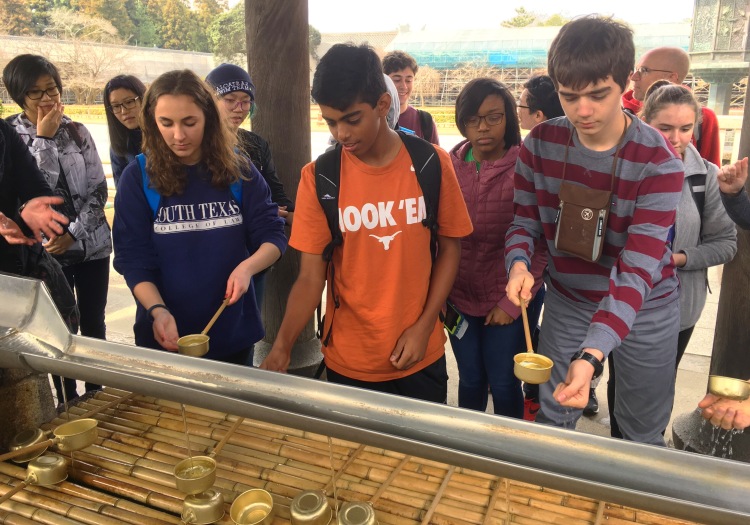